LOS ANGELES -- The man who sold his Southern California home to "Octomom" Nadya Suleman said Sunday that he's going ahead with eviction proceedings because she hasn't made a long overdue $450,000 payment.
Amer Haddadin said he'll evict Suleman if she and her lawyer Jeff Czech don't pay the balance on the house by Friday. A balloon payment was due Oct. 9.
"I think they have money, but they are hiding the money," Haddadin said.
Suleman and Czech were served notice on Dec. 2 by mail and by hand, Haddadin said. He expects the eviction to be speedy.
Suleman and her 14 children have lived in the 4-bedroom house for nearly two years, ever since she brought her octuplets home to the quiet cul-de-sac in La Habra, about 25 miles east of Los Angeles. Her father purchased the home for $565,000, including a $130,000 down payment.
Suleman's father, Ed Doud, cut a deal with Haddadin for the house because a traditional bank loan wasn't available to Suleman, who is unmarried and unemployed. She previously lived with her mother in a small Whittier home before that house was foreclosed on.
In April, Haddadin granted a 6-month extension on the remaining balance, and says that as a Jordanian, he took pity on a fellow Arab in a tough spot, and pledged to help Doud, who is Palestinian.
Haddadin said Czech and Suleman became joint owners of the house in August, after her father transferred the deed from his name.
Reached by phone Sunday, Czech said he had no immediate comment except that Suleman has been making $4,000 payments every month.
Suleman already had six small children before giving birth to the octuplets. All 14 children were conceived through in vitro fertilization.

Please tell me where does this woman work to make a monthly $4000 house payment. Also, I hope they tied her tubes because she doesn't need anymore babies. Seems like more than one was enough for her.

Posted by CLOSEZZZZZZZZZ at 3:00 PM No comments: Links to this post 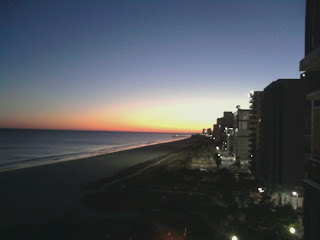 Sunset at Myrtle Beach...God's beautiful art work...
Posted by CLOSEZZZZZZZZZ at 2:50 PM No comments: Links to this post 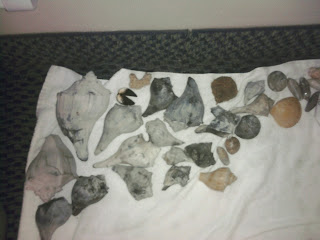 This message has been sent using the picture and Video service from Verizon Wireless!

To learn how you can snap pictures and capture videos with your wireless phone visit www.verizonwireless.com/picture.

Note: To play video messages sent to email, Quicktime@ 6.5 or higher is required.

Posted by CLOSEZZZZZZZZZ at 2:48 PM No comments: Links to this post 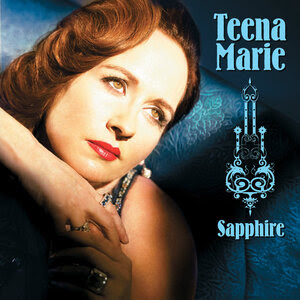 (AP Photo/Patrick Semansky, File)
FILE - In this July 5, 2009 file photo, Teena Marie performs during the Essence Music Festival at the Louisiana Superdome in New Orleans. Marie, who made history as Motown's first white female act but developed a lasting legacy with her silky soul pipes and with hits like ''Lovergirl,'' ''Square Biz,'' and ''Fire and Desire'' with mentor Rick James, has died. She was 54.
LOS ANGELES — Teena Marie's last album, "Congo Square," was titled after a historical meeting place for slaves in New Orleans, featured a tribute to Martin Luther King's widow and also song "Black Cool," written for President Barack Obama.
No matter that Marie, 54, was white. The R&B legend revered and fully immersed herself in black culture -- and in turn was respected and adored by black audiences, not only for her immense soulful talents, but for her inner soul as well.
"Overall my race hasn't been a problem. I'm a Black artist with White skin. At the end of the day you have to sing what's in your own soul," she told Essence.com in an interview last year while promoting "Congo Square." That album would turn out to be her last.
The self-proclaimed "Ivory Queen of Soul," whose many classic hits included "Lovergirl," Square Biz" and the scorching duet "Fire and Desire" with mentor Rick James, was found dead in her Pasadena home on Sunday at the age of 54. Authorities said her death appeared to be of natural causes.
In an interview with The Associated Press last year, Teena Marie said she had successfully battled an addiction to prescription drugs; she had been performing over the last year.
"The enduring influence of Teena's inspirational, trailblazing career, could only have been made possible through her brilliant song-writing, showmanship and high energy passion which laid the ground work for the future generations of R&B, hip-hop, and soul," said Concord Music Group chief label officer, Gene Rumsey; Concord's Stax Records released her last album.
"We feel extremely fortunate to have worked with a visionary who changed music in indelible ways. Our deepest sympathies go out to her family, friends and of course, millions of fans around the world."
Marie certainly wasn't the first white act to sing soul music, but she was arguably among the most gifted and respected, and was thoroughly embraced by black audiences, and beyond.
Even before she started her musical career, she had a strong bond with the black community, which she credited to her godmother. She gravitated to soul music and in her youth decided to make it her career.
Marie made her debut on the legendary Motown label back in 1979, becoming one of the very few white acts to break the race barrier of the groundbreaking black-owned record label that had been a haven for black artists like Stevie Wonder, the Jackson Five, the Supremes and Marvin Gaye.
The cover of her debut album, "Wild and Peaceful," did not feature her image, with Motown apparently fearing black audiences might not buy it if they found out the songstress with the dynamic, gospel-inflected voice was white.
"(Motown founder Berry) Gordy said that is was so soulful that he wanted to give the music an opportunity to stand on its own merit. Instead of my face, they put a seascape, so by the time my second album came out people were like, Lady T is White?" she told Essence.com.

Posted by CLOSEZZZZZZZZZ at 1:21 PM No comments: Links to this post 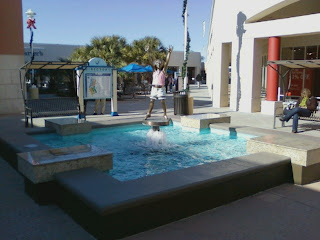 Beautiful fountains at Tangor Mall
Posted by CLOSEZZZZZZZZZ at 12:51 PM No comments: Links to this post 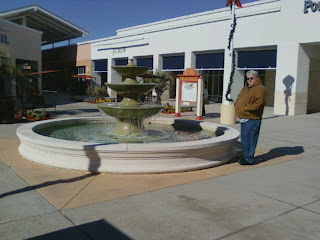 We sure has fun shopping. They had some crazy deals.
Posted by CLOSEZZZZZZZZZ at 12:49 PM No comments: Links to this post 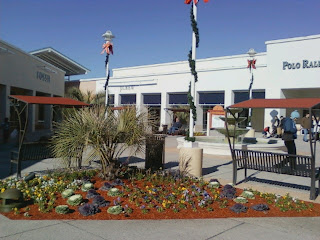 Shopping at Tangor Outlets. Cold cold day.
Posted by CLOSEZZZZZZZZZ at 11:23 AM No comments: Links to this post