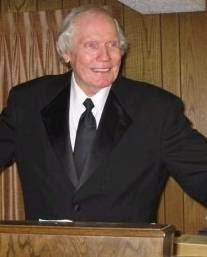 Image via Wikipedia
On Saturday USMC Staff Sgt. Jason Rogers, who was killed in action in Afghanistan April 7, was buried in Brandon, Mississippi.
That, by itself, is a sadly unremarkable – though certainly noteworthy and solemn – occasion for us to mark.
And in fact when Sgt. Rogers’ body returned to Brandon it was greeted by hundreds, or perhaps even thousands, of well-wishers who gathered at the roadside to honor the fallen American hero. The dashboard camera from Mississippi state trooper Elmo Townsend’s cruiser gives an indication of the scene last Thursday.
What is most notable about Sgt. Rogers’ funeral in Brandon, however, is what didn’t happen.
You see, the troglodytes from Westboro Baptist Church had threatened to spew their poison at Sgt. Rogers’ funeral.
But the Westboro mob wasn’t on the scene, and Sgt. Rogers was laid to rest without incident – thank God.
Why weren’t there protestors?
Planning ahead by the locals, as it turns out.
From an Ole Miss sports message board, a tidbit of information…


A couple of days before, one of them (Westboro protestors) ran his mouth at a Brandon gas station and got his arse waxed. Police were called and the beaten man could not give much of a description of who beat him. When they canvassed the station and spoke to the large crowd that had gathered around, no one seemed to remember anything about what had happened.
Rankin County handled this thing perfectly. There were many things that were put into place that most will never know about and at great expense to the county.
Most of the morons never made it out of their hotel parking lot. It seems that certain Rankin county pickup trucks were parked directly behind any car that had Kansas plates in the hotel parking lot and the drivers mysteriously disappeared until after the funeral was over. Police were called but their wrecker service was running behind and it was going to be a few hours before they could tow the trucks so the Kansas plated cars could get out.
A few made it to the funeral but were ushered away to be questioned about a crime they might have possibly been involved in. Turns out, after a few hours of questioning, that they were not involved and they were allowed to go on about their business.

Fred Phelps, the disbarred lawyer and Democrat activist who leads the Westboro congregation, will undoubtedly pursue some form of legal action for the way his people were thwarted in Brandon. Let him try. There isn’t a jury in Mississippi which will see things his way.
This is a template for how to handle the Westboro people. If lawsuits don’t work, other means will. Whatever it takes to keep them from harassing bereaved military families on the day their fallen loved ones are laid to rest.
UPDATE: Some of the feedback we’ve received from this piece came along the lines that it’s inappropriate to refer to Fred Phelps as a “Democrat activist.”
We stand by that characterization. If anything, it’s an understatement.
Fred Phelps ran for major office in Kansas as a Democrat no less than four times. He ran for governor on the Democrat ballot in 1990, 1994 and 1998 and for senator in 1992. Phelps received 11,000 votes, or seven percent, in 1990, he received 5,000 votes, or three percent, in 1994 and he picked up 15,000 votes, or 15 percent, in 1998. And in the senatorial contest in 1992 he garnered 49,000 votes, or 30 percent. Phelps furthermore ran as a Democrat candidate for mayor of Topeka in 1993 and 1997.
Phelps also has been closely associated with Al Gore on several occasions throughout Gore’s career – Phelps’ son Fred, Jr. was a Gore delegate at the 1988 Democrat convention and the Phelpses hosted a Gore fundraiser in Topeka that year. Phelps claims that Westboro members “ran” Gore’s 1988 campaign in Kansas.
Phelps may not fit within the typical definition of “Democrat activist” some of our readers expect – but a six-time Democrat candidate is an activist Democrat. That is quite clear, as unknown to the public as it might be.

THESE PEOPLE ARE NOT CHRISTIANS. IF YOU DON'T LIKE WHAT THE GOVERNMENT IS DOING THEN GO TO AND PROTEST AT THE WHITE HOUSE DON'T PROTEST A FUNERAL. YOU PEOPLE AT THE WESTBORO BAPTIST CHURCH ARE THE ONES GOING TO HELL.

Posted by CLOSEZZZZZZZZZ at 4:58 PM No comments: Links to this post

Posted by CLOSEZZZZZZZZZ at 4:25 PM No comments: Links to this post 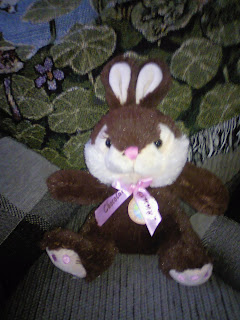 Look at my new stuffed bunny. It's a chocolate bunny and even smells like cocoa. I love it.
Posted by CLOSEZZZZZZZZZ at 3:45 PM No comments: Links to this post

ROSEDALE, Md. – Advocates for transgender rights are planning a rally outside a McDonald's in Maryland where an attack against a transgender woman that was caught on video took place.
The rally condemning the attack is set for 7 p.m. Monday outside the restaurant in Baltimore County.
The video posted online shows a woman being beaten and then apparently having a seizure. Baltimore County police say a 14-year-old girl has been charged as a juvenile and an 18-year-old woman, Teonna Monae Brown, faces assault charges in the case.
The victim, 22-year-old Chrissy Lee Polis, says she's the victim of a hate crime. Polis says before she was attacked, one teen said Polis was a man using the women's restroom and accused Polis of talking to her man.

Posted by CLOSEZZZZZZZZZ at 7:11 AM No comments: Links to this post

McDonald's Hiring Day Melee In Cleveland Results In 3 Ppl Being Run Over...


PEOPLE JUST DON'T KNOW HOW TO ACT IN PUBLIC.
Posted by CLOSEZZZZZZZZZ at 7:03 AM No comments: Links to this post 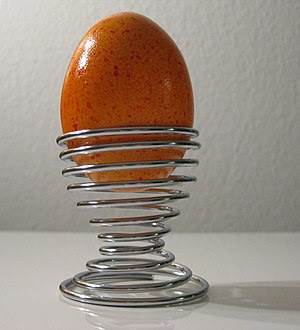 Image via Wikipedia
CHARLOTTE, N.C. -- Carowinds has set a world record for the most people dyeing eggs.
Guinness World Records said in a news release on its website that 317 people dipped and dyed eggs Saturday at the amusement park that straddles the North Carolina-South Carolina state line near Charlotte.Guinness says the category is a new one, but it had set guidelines that required each participant to have at least one hard-boiled egg, a spoon and enough dye to submerge the egg.Guinness also had set a minimum of 250 people to consider the park's Easter Egg-stravaganza for the record.All eggs were colored and shown to a Guinness official for approval.

Posted by CLOSEZZZZZZZZZ at 6:47 AM No comments: Links to this post

EARLY STRAWBERRIES ARE READY TO PICK!!!

Posted by CLOSEZZZZZZZZZ at 6:39 AM No comments: Links to this post