DON'T FORGET TO CHANGE YOUR CLOCKS SUNDAY AT 2AM. SO BEFORE YOU PASS OUT AFTER THE PARTY ON SATURDAY NIGHT MAKE SURE YOU SET YOUR CLOCK BECAUSE WHEN YOU CRAWL INTO BED IT WILL BE SUNDAY.
Posted by CLOSEZZZZZZZZZ at 4:26 PM No comments: Links to this post 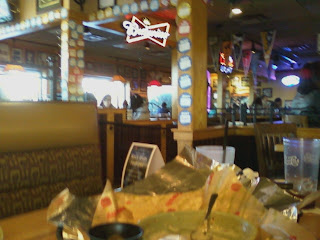 WELL WHAT DO YOU DO WHEN YOUR PLANS FALL THROUGH DUE TO THE WEATHER. THEN YOU GO TO APPLEBEE'S. I HAD A BAHAMA MAMA  AND THEN WE ATE APPETIZER- CON QUESO WITH CHIPS, HOUSE SALAD AND GRILLED CHICKEN WITH PORTABELLO MUSHROOMS. YUMMY. NEEDLESS TO SAY THIS MEAL WAS DELICIOUS  AND WE CAME HOME STUFFED.
Posted by CLOSEZZZZZZZZZ at 2:51 PM No comments: Links to this post

LOCK LINDSEY UP!!! WHY SHOULD SHE GET SPECIAL TREATMENT.
Posted by CLOSEZZZZZZZZZ at 11:57 AM No comments: Links to this post

EARTHQUAKE IN JAPAN IS NOT SOMETHING TO JOKE ABOUT!!!!

YOU KNOW I AM DISAPPOINTED IN PEOPLE. I NOTICED ON FACEBOOK TODAY THAT SOME PEOPLE WERE MAKING JOKES ABOUT THE 8.9 EARTHQUAKE IN JAPAN WHERE MANY PEOPLE HAVE DIED OR ARE INURED. THIS IS NOT FUNNY AND DOESN'T REQUIRE JOKES. I BET IF IT HAD HAPPENED IN THE US NOBODY WOULD BE SAYING THAT CHARLIE SHEEN IS HANDLING IT. NEEDLESS TO SAY THIS JOKE I SAW WAS IN BAD TASTE.
Posted by CLOSEZZZZZZZZZ at 11:41 AM No comments: Links to this post

Image via Wikipedia
WELL UNC TARHEELS WON AGAINST MIAMI AT THE BUZZER. EXCELLENT. THEY ALMOST LOST. BETTER TO GET YOUR LEAD EARLIER ON AND HOLD ONTO IT THE ENTIRE GAME INSTEAD OF PUSHING IT AND ALMOST LOSING IN THE END. THIS WAS NOT A SKILLED WIN BUT A VERY LUCKY ONE. GOOD JOB GUYS.

Posted by CLOSEZZZZZZZZZ at 11:26 AM No comments: Links to this post

Houses swallowed by tsunami waves burn in Sendai, Miyagi Prefecture (state) after Japan was struck by a strong earthquake off its northeastern coast Friday, March 11, 2011. (AP Photo/Kyodo News) JAPAN OUT, MANDATORY CREDIT, FOR COMMERCIAL USE ONLY IN NORTH AMERICA, NO SALES

TOKYO — A ferocious tsunami unleashed by Japan's biggest recorded earthquake slammed into its eastern coast Friday, killing hundreds of people as it carried away ships, cars and homes, and triggered widespread fires that burned out of control.
Hours later, the waves washed ashore on Hawaii and the U.S. West coast, where evacuations were ordered from California to Washington but little damage was reported. The entire Pacific had been put on alert _ including coastal areas of South America, Canada and Alaska _ but waves were not as bad as expected.
In northeastern Japan, the area around a nuclear power plant was evacuated after the reactor's cooling system failed and pressure began building inside.
Police said 200 to 300 bodies were found in the northeastern coastal city of Sendai, the city in Miyagi prefecture, or state, closest to the epicenter. Another 151 were confirmed killed, with 547 missing. Police also said 798 people were injured.
The magnitude-8.9 offshore quake triggered a 23-foot (seven-meter) tsunami and was followed for hours by more than 50 aftershocks, many of them more than magnitude 6.0.
It shook dozens of cities and villages along a 1,300-mile (2,100-kilometer) stretch of coast, including Tokyo, hundreds of miles (kilometers) from the epicenter. A large section of Kesennuma, a town of 70,000 people in Miyagi, burned furiously into the night with no apparent hope of being extinguished, public broadcaster NHK said.
Koto Fujikawa, 28, was riding a monorail when the quake hit and had to later pick her way along narrow, elevated tracks to the nearest station.
"I thought I was going to die," Fujikawa, who works for a marketing company, said. "It felt like the whole structure was collapsing."
Scientists said the quake ranked as the fifth-largest earthquake in the world since 1900 and was nearly 8,000 times stronger than one that devastated Christchurch, New Zealand, last month.
"The energy radiated by this quake is nearly equal to one month's worth of energy consumption" in the United States, U.S. Geological Survey Scientist Brian Atwater told The Associated Press.

Posted by CLOSEZZZZZZZZZ at 11:16 AM No comments: Links to this post

Obama says US is tightening noose on Libyan leader

WASHINGTON — President Barack Obama said Friday that a no-fly zone over Libya to keep Col. Moammar Gadhafi from attacking rebels remains a possibility as "we are slowly tightening the noose" around the Libyan leader. But he stopped short of moving toward military action.
"The bottom line is: I have not taken any actions off the table at this point," Obama told a White House news conference.
He cited actions already taken, including new sanctions and the freezing of tens billions of dollars of Gadhafi's assets.
'It is in the United States' interest, and in the interests of the people of Libya that Gadhafi leave," Obama said. "We're going to take a wide range of actions" to try to accomplish that goal, he added.
Obama said he wanted to make it clear to the longtime Libyan leaders "that the world is watching" his brutal response to the rebellions in his country.
The president brushed off a comment on Thursday in congressional testimony by U.S. Director of National Intelligence James Clapper that Gadhafi's military was stronger than has been described and that "in the longer term ... the regime will prevail."
"He was making a hard-headed assessment about military capability," Obama said. "I don't think anybody disputes that Gadhafi has more firepower than the opposition. He wasn't making a statement of policy."
Obama added: "I believe Gadhafi is on the wrong side of history. I believe the Libyan people are anxious for freedom. We are going to be in contact with the opposition as well as in consultation with the international community" in an effort to pressure Gadhafi to leave.
The president also said the United States and other nations have an obligation to prevent any repetition of the type of massacres that occurred in the Balkans or in Rwanda.
Obama opened his news conference with comments on the devastating Japanese earthquake and on recent rises in the price of gasoline, driven by instability in the Middle East and growing demand for fuel as the world emerges from a deep, long recession.

NOW HERE IS MY ISSUE IN REGARDS TO THIS ENTIRE THING. OUR PRESIDENT IS OF A BI-RACIAL DESCENT AND HE HAS NO PROBLEM THAT SAYING WE ARE TIGHTENING THE NOOSE AROUND GADHAFI. WELL I HAVE 2 BI-RACIAL CHILDREN AND I HAVE AN ISSUE WITH THIS VERBAGE FROM OUR BI-RACIAL PRESIDENT. I AM CAUCASIAN AND I SURE COULDN'T SAY ANYTHING ABOUT TIGHTENING A NOOSE AROUND ANYONE SO WHY SHOULD HE GET TO SAY IT JUST BECAUSE HE IS PRESIDENT. IT IS THE SAME DIFFERENCE WHEN AFRO AMERICANS WALK AROUND AND SAY WHAT'S UP MY N@##!. YOU ALL KNOW THE TERM WHICH I DON'T APPROVE OF ANYONE USING THE "N" WORD. IT'S AS BAD AS USING THE "F" BOMB. USING VERBAGE AS THIS JUST KEEPS RACISM GOING AND I AM BEGINNING TO THINK THAT IS WHAT OUR GOVERNMENT WANTS JUST SO THEY CAN SAY HOW THEY ARE TRYING TO DEMOLISH RACISM. NEEDLESS TO SAY I AM NOT IMPRESSED.

Posted by CLOSEZZZZZZZZZ at 11:10 AM No comments: Links to this post

How about I just saw

How about I just saw an old man wearing his sagging jeans. Roflmao hahahahahaha
Posted by CLOSEZZZZZZZZZ at 10:27 AM No comments: Links to this post