GUIDE AND PROTECT THIS SOLDIER OH LORD.
AS THROUGH HARD TIMES OF WAR WE TRAVEL.
GIVE US STRENGTH FOR THE BATTLE,
HOPE FOR THE FUTURE AND
COURAGE TO FACE THE UNKNOWN.
KEEP THIS SOLDIER SAFE FROM HARM
AS WE PRAY FOR PEACE.

THIS IS FOR OUR FRIEND EARL AS HE GOES OFF ON ANOTHER TOUR OF DUTY.
Posted by CLOSEZZZZZZZZZ at 5:27 PM No comments: Links to this post 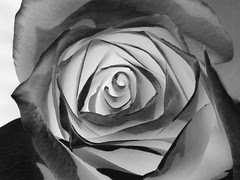 Image by Creativity+ Timothy K Hamilton via Flickr
You know I was asked where does my negativity come from. I am not negative, "I am realistic." I answered. If I am negative then other people are living in a fantasy world. I have learned that the world we live in is basically negative. What do you see on the news? People being killed, kids being molested, raped and killed, drugs, war, constitutional rights being neglected, people stealing from each other, no jobs, homeless people. Where  are the good news stories? The stories that we love to hear about babies being born, people doing good things for others, etc. I work in a negative place. I work in a jail and the people who come there to visit or stay are not the most positive people in the world. They did something negative to get locked up. Where are the good people at? Where are they hiding? In your life you will find few people who are truly good people.
Truly positive things cannot be placed on tv or talked about in public because you will offend someone and then they will call the ACLU. Lord, don't talk about God in any manner because the ACLU will say you offended someone's constitutional right and they will sue you. You can't brag on your kids because someone will say you are acting like your kids are better then their kids.
Here's what I will say to anyone who says I am negative.  WHATEVER!!!!!!!
I am one of the most positive people out there. I talk to people I definitely don't want to talk to. I encourage people and tell people who are doing a good job that they are doing these things. I help others in need. So next time anyone wants to call me a negative person then they need to understand that I AM A REALIST! If you don't like it then TOUGH!!!!!!

Posted by CLOSEZZZZZZZZZ at 12:54 PM No comments: Links to this post

FILE - In this undated film publicity image released by CBS Films, Tom Bosley is shown in a scene from, ''The Back-Up Plan.'' Bosley, the patient, understanding father on television's long-running ''Happy Days,'' has died. Bosley died of heart failure early Tuesday, Oct 19, 2010 at a hospital near his Palm Springs home. He was 83. (AP Photo/CBS Films, Peter Iovino, File) NO SALES

LOS ANGELES — Whether he played a small-town sheriff, a murder-solving priest or the father of 50s teens that made him famous, Tom Bosley was a warm and comforting presence on American TV sets for decades.
Bosley, best known as the often flustered but always fatherly Howard Cunningham on "Happy Days," died Tuesday in Palm Springs. He was 83.
Bosley earned a place as one of the most memorable dads in TV history as the hardware store owner, father to Richie and Joanie Cunningham and landlord to Arthur "Fonzi" Fonzarelli on the long-running sitcom.
Bosley died suffering heart failure at a hospital, his agent Sheryl Abrams said. He was also had lung cancer.
His death brought fond remembrances of the nostalgic ABC show, which ran from 1974 to 1984. On Saturday, TV viewers lost another surrogate parent, Barbara Billingsley, who portrayed June Cleaver in "Leave It To Beaver."
Both shows showcased life in the 1950s _ before Vietnam, Watergate and other tumultuous events of the '60s and '70s.
"Kids were watching their parents grow up, and parents were watching themselves grow up. And that was the key to success of that show," Bosley said in a 2000 interview.
Bosley initially turned down the role.
"I changed my mind because of a scene between Howard Cunningham and Richie," he said in 1986. "The father-son situation was written so movingly, I fell in love with the project."
Viewers did too.

Posted by CLOSEZZZZZZZZZ at 5:58 AM No comments: Links to this post

(AP Photo/Susan Walsh, File)
FILE - In this Feb. 6, 2009, file photo, then Central Intelligence Agency Director nominee Leon Panetta testifies on Capitol Hill in Washington before the Senate Intelligence Committee in relation to his nomination. Despite glaring security blunders, no intelligence officials will be fired or disciplined for failing to prevent a 2009 suicide bombing in Afghanistan that killed seven CIA employees in one of the deadliest attacks in the agency's history.

WASHINGTON — Warnings were ignored, security was lax and good judgment was lacking, leading to one of the worst tragedies in CIA history, when a double-agent suicide bomber killed seven CIA employees in Afghanistan last December.
That's the view from the CIA director himself, speaking to reporters Tuesday, after a six-month internal review of the attack.
Yet Leon Panetta said no one will be disciplined or fired. He blamed the bombing on what he called "systemic failures," which meant Jordanian intelligence warnings about the bomber weren't shared and sufficient security measures weren't taken.
The CIA review, as well as a second independent study by former Ambassador Thomas Pickering and retired CIA analyst Charles Allen, both concluded that the combined agency failures allowed the al-Qaida double agent, Humam al-Balawi, to enter the CIA base at Khost. Al-Balawi managed to kill five CIA employees, including the base chief, and two CIA security contractors, as well as the Jordanian intelligence officer and Afghan driver who had brought him there. Six other officers were wounded.
Instead of censuring any one person, Panetta said he was implementing a series of changes, including tightening security procedures, setting up a war advisory board to better train agents in combat zones and creating an analytic team to better spot double agents.
Panetta's decision showed his reluctance to lay blame when many of those who made the mistakes were killed or grievously injured by the attacks. He would only say that the desire to capture a top al-Qaida target "clouded some of the judgments that were made," adding, "If anything, all of us bear some responsibility."
The officers' assignment that day was to meet and train a new foreign agent, al-Balawi, a Jordanian doctor who claimed to be able to reach al-Qaida's second in command, Ayman al-Zawahiri. The mission was so important that even President Barack Obama had been briefed on it.
Al-Balawi was being brought to the CIA's base to determine whether he was as close as he claimed to al-Zawahiri, Panetta said. At the base, intelligence officials planned to give al-Balawi training in "tools of tradecraft" and how to communicate al-Zawahiri's location back to his handlers.
Posted by CLOSEZZZZZZZZZ at 5:54 AM No comments: Links to this post