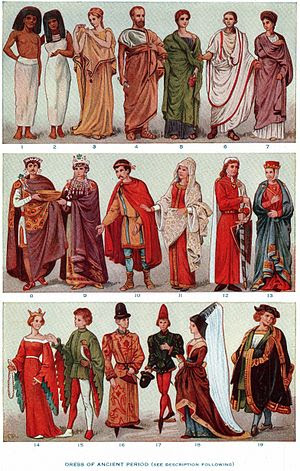 Ladies ya know I love ya but if ya thick, please wear clothes that fit! When u wear a tight bra and pants u look like a balloon animal from the back! LADIES I AM A BIG GIRL AND EVEN I WEAR WHAT IS APPROPRIATE. PUT SOME CLOTHES ON AND QUIT TRYING TO SQUEEZE A SIZE 22 IN A 12.

Posted by CLOSEZZZZZZZZZ at 8:28 AM No comments: Links to this post

THIS IS SO SWEET. THIS LITTLE GIRL SHOULD GET SOME KIND OF AWARD FROM HER TOWN BECAUSE OF HER HEROISM. YOU GO GIRL
Posted by CLOSEZZZZZZZZZ at 8:19 AM No comments: Links to this post

MARCO ISLAND, Fla. — A dolphin weighing between 600 and 700 pounds jumped onto the deck of a boat, injuring a woman in South Florida.
Isles of Capri Fire spokesman Keith Perry says a charter boat captain called 911 Sunday afternoon after the dolphin jumped on the boat and landed on one of his passengers.
The woman suffered a sprained ankle. Her name was not available.
Officials from the Isles of Capri Fire Department, the Florida Fish and Wildlife Conservation Commission and the Collier County Sheriff's Office used an immobilizing board and a rope to push the dolphin back into the water.
DAMN FLIPPER IS ON THE LOOSE AGAIN. CAN'T HE STAY OUT OF PEOPLE'S BOATS. HE WENT TO REHAB BUT I GUESS IT DIDN'T WORK.

Posted by CLOSEZZZZZZZZZ at 8:12 AM No comments: Links to this post

HOW MUCH MORE CAN THEY TAKE

SOMA, Japan — The second hydrogen explosion in three days rocked a Japanese nuclear plant Monday, devastating the structure housing one reactor and injuring 11 workers. Water levels dropped precipitously at another reactor, completely exposing the fuel rods and raising the threat of a meltdown.
The morning explosion in Unit 3 of the Fukushima Dai-ichi plant was felt 25 miles (40 kilometers) away, but the plant's operator said radiation levels at the reactor remained within legal limits. Hours later, officials reported that fuel rods at Unit 2 were fully exposed at some point and may have been damaged.
Authorities have been pouring sea water into three reactors at the plant after cooling system failures in the wake of Friday's massive earthquake and tsunami, which is estimated to have killed at least 10,000 people. The latest explosion triggered an order for hundreds of people to stay indoors, said Chief Cabinet Secretary Yukio Edano.
Authorities said late Monday that they were focusing mostly on Unit 2 because the other two reactors were relatively stabilized. Ryohei Shiomi, an official with the Nuclear and Industrial Agency, said officials were still trying to determine the condition of Unit 2's exposed fuel rods.
"It is very likely that they have been damaged by now," he said.
Before Monday's explosion, officials were aware of the risk of a blast. Operators knew that flooding Unit 3 with sea water would cause a pressure buildup in the reactor containment vessel but felt they had no choice if they wanted to avoid a total meltdown. In the end, the hydrogen in the released steam mixed with oxygen in the atmosphere and set off the blast.
The inner containment shell surrounding the Unit 3 reactor was intact, Edano said, allaying some fears of the risk to the environment and public. But the outer building around the reactor appeared to have been devastated, with only a skeletal frame remaining.
Tokyo Electric Power Co., which operates the plant, said radiation levels at Unit 3 were well under the levels where a nuclear operator must file a report to the government.
A similar explosion occurred Saturday at the plant's Unit 1, injuring four workers, causing mass evacuations and destroying much of the outer building.
Shortly after Monday's explosion, Tokyo Electric warned it had lost the ability to cool Unit 2. Hours later, an indicator showed water briefly fell to the bottom of fuel rods, fully exposing them, according to a spokeswoman for the company, Takako Kitajima. Officials have continued to inject sea water into the reactor.

Posted by CLOSEZZZZZZZZZ at 8:04 AM No comments: Links to this post

With his tweets, his manic interviews, his insurgent campaign against the entertainment world, Sheen is giving America exactly what it wants out of a modern celebrity. In this week's Newsweek, Bret Easton Ellis explains how you are completely missing the point if you think Sheen's meltdown is about drugs.
"Drugs" is the first word Charlie Sheen utters in his only scene from Ferris Bueller's Day Off, a cinematic relic from 1986. It takes place in a police station where Jeannie Bueller (Jennifer Grey), waiting to get bailed out by her mom and fuming about brother Ferris's charmingly anarchic ways (he breaks all the rules and is happy; she follows all the rules and is unhappy), realizes she's sitting next to a gorgeous (he was!) sullen-eyed dude in a leather jacket who looks like he's been up for days on a drug binge. But he's not manic, just tired and sexily calm, his face so pale it's almost violet-hued. Annoyed, Jeannie asks, "Why are you here?" and Charlie, deadpan, replies, without regret: "Drugs." And then he slowly disarms her bitchiness with his outrageously sexy insouciance, transforming her annoyance into delight (they end up making out).

WELL IT LOOKS LIKE WE ARE ENABLING ANOTHER POST DRUG ADDICTED ACTOR.  LITTLE DID WE ALL KNOW THAT THIS ONE WORD WOULD BE HIS DEMISE AS WELL. HE USED TO BE A GOOD LOOKING ACTOR BUT NOW HE LOOKS LIKE A DRIED UP BAG OF BONES. WHO CARES IF HE CAN ACT ANYMORE.

Posted by CLOSEZZZZZZZZZ at 7:57 AM No comments: Links to this post